Posted at 21:38h in Stories by Abbey Dufoe 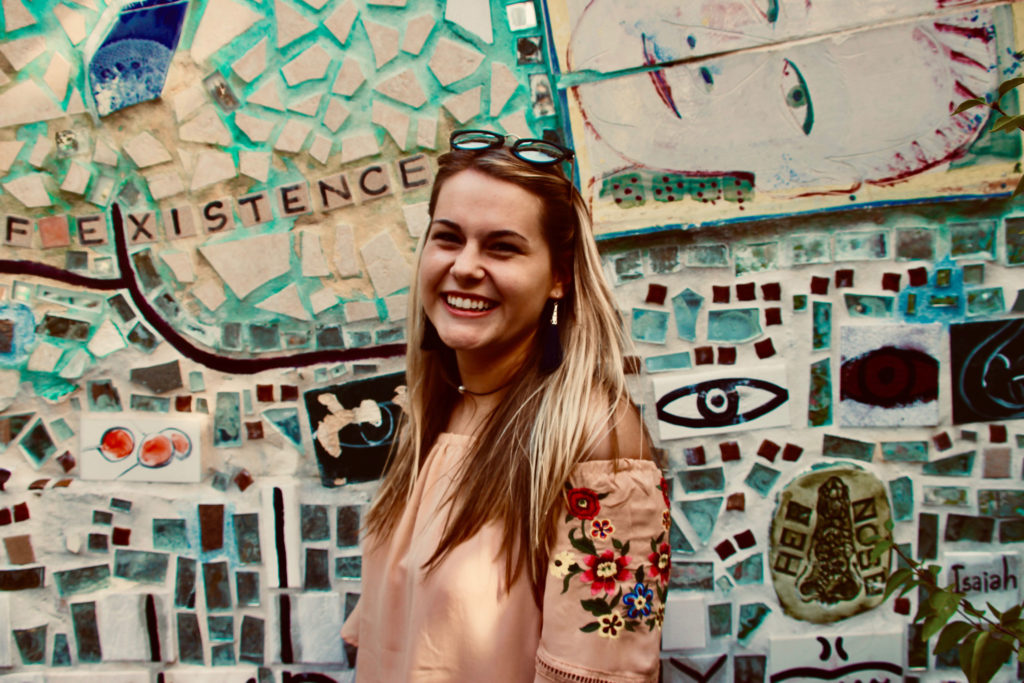 I’ve never been bullied by a classmate, friend, or family member. However, I lived with a bully in my head for years. That bully was my eating disorder. It gave me orders to eat less, count my calories, and cut out certain foods. If I didn’t listen, I was a failure. I let my eating disorder consume me. I was 11 years old when his voice crept into my mind. I never thought I had a mental illness, it was just harmless dieting in my mind.

My eating disorder was very deceiving and constantly fed me lies. It told me once I lost a certain amount of weight I would be happier and prettier, but I never seemed to be satisfied with my appearance no matter how much weight I lost. In fact, with every pound I lost I became more insecure and unhappy. My self esteem got so bad that I became depressed and isolated myself from friends and family. Everyday activities I used to love became harder and harder to go to and enjoy. The only thing I cared about was my weight and food intake. It was exhausting and I felt fatigued constantly.

To this very day, I am so thankful that my best friend shared her concern with me about my eating behaviors and weight loss. She had warned me about anorexia and feared I was suffering from it. I couldn’t wrap my head around the idea of having a mental illness, so I tried to convince her that I was just dieting and I was fine. To my surprise, I couldn’t just eat more without feeling extreme anxiety and out of control without tracking my food intake. I hated feeling so out of control and I accepted that I had a problem, then she made me confront my parents about needing help.

Coming to terms with my diagnosis of anorexia was harder than I thought. I began going to therapy twice a week, but I had a hard time opening up and I lacked the motivation to try. I was so embarrassed and ashamed for needing help. After a few weeks of therapy not working, I ended up being hospitalized for a month at an inpatient unit specializing in eating disorder treatment. I remember walking into the hospital on my first day and telling myself I didn’t belong because hospitals are for sick people, and I wasn’t sick. Nobody could look at me and see a broken leg and prove I belonged there. I didn’t understand the concept of a mental illness then.

My friends were amazing and came to visit me a lot during my stay. When they came, they filled me in on life back at home. I craved to be a normal teenager and I used that as motivation to get better. I knew the only way to get out was to gain the weight and talk in therapy. My motivation was for the wrong reasons and I barely opened up, but it worked. A month later, I was able to go home, and I was thrilled.

After being discharged I was determined to lose all the weight I gained as quickly as possible. My mom tried to get me to go back to therapy, but I lashed out on her and refused. I didn’t want to let go of my eating disorder again.

I had no choice but to go back to the hospital when my bloodwork came back and all my levels showed malnutrition, as well as my EKG showing heart arrhythmias. My eating disorder was so manipulative and convincing that I actually believed it when it told me these doctors were making these test results up. I was in denial of how serious and detrimental my illness was.

After a few therapy sessions back in the hospital, I received some tough love. She told me, “If you don’t want to get better that’s fine but you won’t get out of here so easily this time. Your choices are to stay here not giving it a try and rotting away in a hospital bed and probably end up dying, or learn how evil your eating disorder is and fight it. At this point it’s up to you, I can only help you if you’re willing to help yourself and get your life back. You’re young, don’t waste this.”

I don’t know why but it clicked, and her words changed my outlook. I spent endless hours in tears finally talking about everything I bottled up for so long, and not only did I mentally feel better but physically all that tension was released. I felt less drawn to restricting after this. I learned that my eating disorder was a way for me to cope and distract me from problems.

I learned so much about the reality of my eating disorder. For so long I had believed that I was in control of my food and weight, but really my anorexia was controlling me and telling me what to eat and making me hate myself. From this, I learned the greatest lesson that I don’t have control over everything that happens to me, but I have control over how I react to it. I also had the real control to fight my disorder and overcome it.

I’m not going to lie recovery can be really frustrating, but slowly everything got easier. I’ve learned that I might not win every battle, but that’s okay as long as I plan on winning the war. I still have thoughts of restricting from time to time, but victory is hearing that voice and ignoring it. Victory is being able to look at myself in the mirror and smile. Victory is coping with my problems through journaling and yoga.

I still see a therapist today and she has been the most important part of my support system. She has helped me make plans and goals that go further into the future than tomorrow’s meals. I want to work in public relations for nonprofits. I want to give back and help others in every way that I can. I was so fortunate to have family and friends that I could turn to when I needed guidance or support. However, I know that not everybody is that lucky and feeling alone during recovery is not an easy feeling. That’s why I became a mentor for those in recovery from their eating disorders. It is so rewarding to be able to look back on my recovery and see that I’ve come so far that I can help others now.

The most rewarding part of my recovery is this, sharing my story and being able to take such a negative time in my life and turn it around into something positive and learn and grow from it. Struggling is never anything to be ashamed of, because it’s what will make us stronger in the end.