Posted at 09:10h in Articles, News, Press by Abbey Dufoe 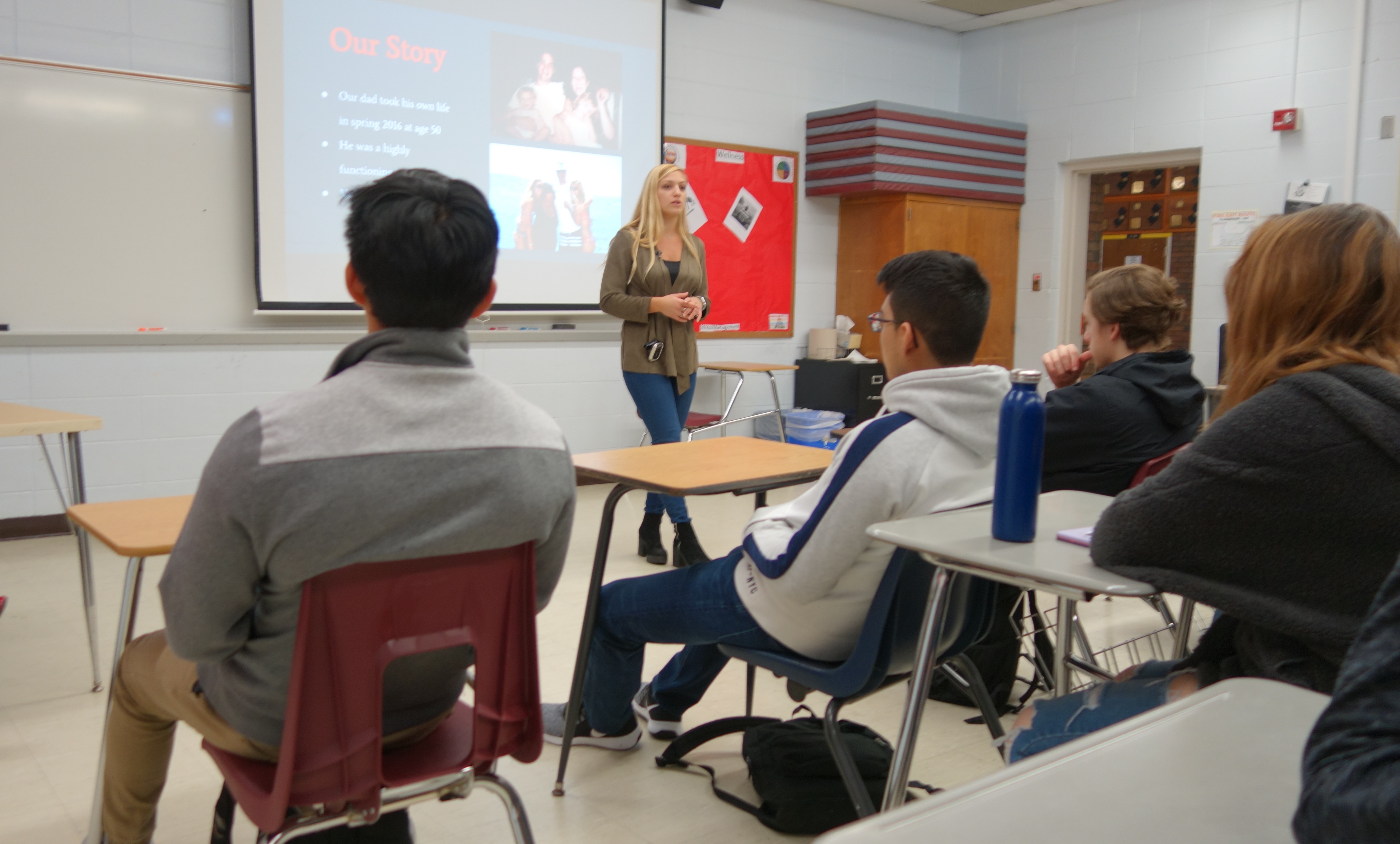 Fifteen years ago, the Red Bank Regional (RBR) school community suffered an inconsolable loss with the suicide of a beloved student.

From that grief, the SOURCE, RBR’s School Based Youth Services Program, developed a suicide awareness program to inform its student body of the warning signs of suicide and to encourage students to speak up when they are concerned about themselves and others.

With the epidemic of teen suicide only increasing overtime, programs like RBR’s Signs of Suicide (SOS) became mandatory for all public schools in New Jersey.

For the Junior Signs of suicide presentations, the SOURCE invited a special guest speaker, Alumna Sophia Mazzini, to share her personal story and information about the “Into the Light” organization she and her family began. Sophia’s mother, Yannah, also accompanied her daughter to the presentations. Sophia described in detail the day her father died in April of 2016 when she was a senior at RBR. Sophia was very open and forthcoming with the students about her dad’s death by suicide.

Sophia spoke about the importance of developing coping skills, ‘which will help us throughout our lives.” While accepting help is not always easy, she encouraged students to reach out to adults and to The Source when they are struggling. Sophia identified the student assistance counselor, Lori Todd as having helped her through this difficult time, although she was very resistant initially to speak with her.