25 Apr You Are Not Alone

Posted at 07:41h in Stories by Abbey Dufoe 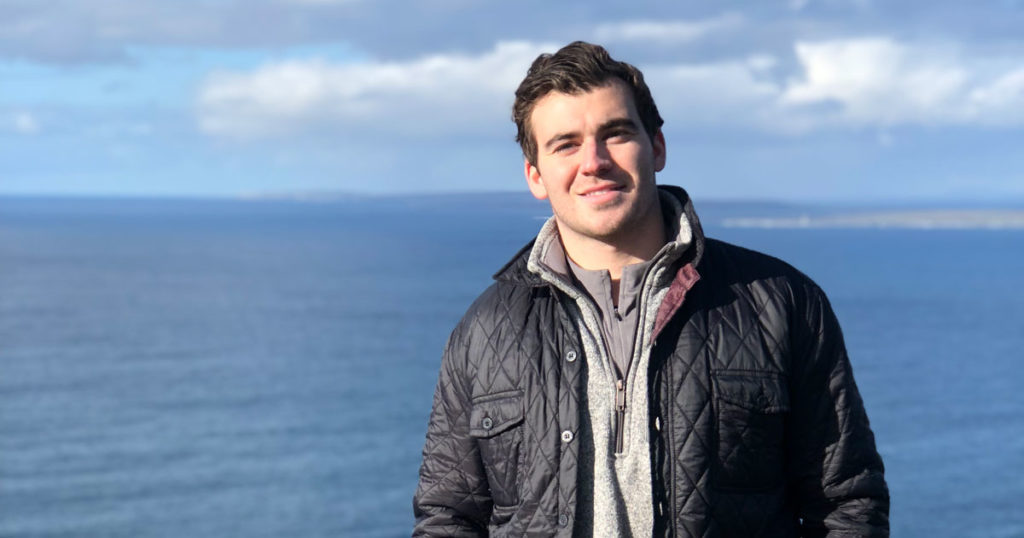 There is one thing in life that is certain – death. It is not an easy thing to accept or even talk about but is an inevitable part of life. In my opinion, the way we live our lives and treat others should be the basis upon how we, as people, will be judged when that final day comes. My Uncle George is a poignant example of this notion.

Often times when a loved one is eulogized there is a quote used, “… John Doe should be remembered in death by how he chose to live his life…”. In the case of my Uncle George, however, it is how he chose to die that has had a more profound effect on my psyche. This is not to say that he was not at all influential in other ways. I’d like to think that I’ve inherited my uncle’s creativity and quick wit, appreciation for music, and sense of pride in America and my Irish heritage.

Not surprising, when I think of my Uncle George, I think of a man who was ‘the life of the party’ (Literally – I shared my first beer with him; it was a Budweiser). He was someone who could light up any room and would make you laugh until it hurt. In many ways, his death was an utter shock to those who knew him. How could George Ryan put a gun to his head? Why did George Ryan put a gun to his head? These are questions, amongst many others, that I still struggle to understand to this day.

Experiencing the sudden loss of a family member in this manner forces a kid to grow up quickly. At 16 years old, I learned how to balance my emotions between being a grieving nephew to being supportive son and grandson. I discovered empathy and compassion without even knowing it. However, there is a very complicated grieving process after a suicide, and I was exposed to several destructive, yet common, reactions which inevitably influenced my relationships with family and friends.

While most of us were bonded in confusion and guilt, some us were drawn apart by blame and shame. For all of us, it was difficult to reconcile the person we knew with the reactions he took. In addition to this, we struggled with the guilt of not being able to do something to prevent Uncle George’s death – “If I’d only done X, maybe things would have been different”. Unfortunately, I witnessed some family members blame others and even create a scapegoat to alleviate their own perceived sense of responsibility. I also observed family members try to keep my uncle’s cause of death a secret due to the stigma around suicide in our society. I was conflicted with having to keep this secret.

8 years have passed since George’s death, but I’ll still catch myself pondering why my uncle took his own life. Were there warning signs that I was oblivious to? Should I have tried to reach out to him more often?

I may never know the answers to these questions and although that pains me, I have been able to find some clarity amidst the emotional strain. I’ve realized that Uncle George’s death was not necessarily anyone’s fault but perhaps due to a series of risk factors – a perfect storm, if you will. Admittedly, my uncle’s death has influenced me to reflect upon my own vulnerability. Nobody is immune to mental health illness because it does not discriminate – sometimes it is the least suspecting people that are hurting the most.

If there is one thing I would like anyone that reads this story to take away from it, it’s that you are not alone. Whether you are struggling with depression or anxiety or are dealing with the loss of a loved one like mine, do not be afraid to speak up and express your feelings. It’s easier said than done – I know this first hand, but I promise there is no shame in speaking your mind and seeking the help and assistance you deserve.

“When it’s all over and done with, and people have all the actions that I had chosen to do; when I am judged, and the good and the bad acts are juxtaposed to weigh them against each other, I wonder which side of the scale will come to rest? When I am about to die, what I want to hear from my family and friends and those who have come to know me is, ‘He was a good man’. Because I will ask myself, ‘Was I a good man?’” – George Ryan