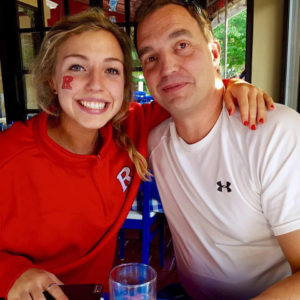 The first weeks after Phil Mazzini’s suicide in April 2016 were excruciating for his family. His daughters Artemis and Sophia, now both students at Rutgers University-New Brunswick, knew their father had fought depression for years but had rarely discussed the details of the illness with him. Outside the family, few knew of his struggles.